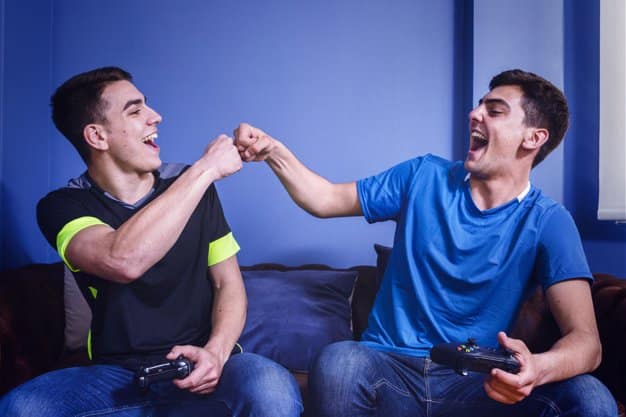 How to play Online 2vs2 FIFA. You are a big fan of football and you often play FIFA, EA's iconic soccer game. You want play two against one online against other people; however, you couldn't figure out how to take advantage of this possibility.

In this guide, I will explain you in detail how to play 2vs2 Online in FIFA. In case you were wondering, I will not only show you the procedure to follow, but I will also discuss in which modes 2v2 mode is available and in which contexts it can be useful to exploit it, so that you can use the information contained in this tutorial. depending on your needs.

How to play Online 2vs2 FIFA step by step

Before going into the details of the procedure in how to play 2vs2 Online in FIFAI think you might be interested in learning more about the ways this possibility can be exploited.

FIFA allows you to manage a team of multiple players at the same time. In this way, each person controls a different player and users can coordinate.

However, the Electronic Arts game does not offer the possibility of organizing a 2vs2 Online between 4 people.

So if you are wondering how to play 2vs2 Online in FIFA 20 coins, you should know that it is possible but only against unknown players and exclusively in some modalities.

Simply put, you can invite a friend to play with you and challenge two other random users online.

If you wonder what modalities to accept the game to 4 in  FIFA 20 coins, It is Co-Op Seasons, FIFA Ultimate Team and   professional club.

It may interest you:  Where to find teddy bears in Ratchet & Clank: Rift Apart

But if you want to play with o after 3 people you do know, later in the guide I'll also show a method found by the community for this.

Know that it is not an official method, so you may have to wait a bit before you can play against the other people.

Requirements to play as a couple

- Inviting a friend to your house and providing you with a command.

In the first case, you must have a second command, so that the another person can play in cooperative mode while it's by your side.

With regards to online functionality, it all depends on the platform in use. In general, soccer games are usually played from the console:

In the case of Playstation 4, to play online from home, you and your friend will need a console connected to Internet, a PSN account, a Subscription to PlayStation Plus y a copy of FIFA.

How to play FIFA 2vs2 online

After telling you all the previous steps, let's analyze the possibilities offered by the different modes to play a 2vs2.

I start immediately from the "clou" mode, which is the one used by many users to play 2vs2 online : I mean Seasonal cooperative which, as the name suggests, are designed to be played by multiple players.

In this case, you can play 2vs2 inviting your friend through online functionality : to do this, once you have entered the mode Co-Op Seasons, start a new season and wait for your friend to accept the Invitation.

It may interest you:  How to create an XML file

After that, the game will leave you start a game and you can play against other people who will participate like you in a 2v2 game. However, as I mentioned earlier, it is not possible to manually choose the players from the rival team, Thus you will face unknown people.

Despite this, some fans gamers have found a simple method that often works after a few tries. To do this, you, your friend, and the two players on the opposing team must agree when to start the matchup, so start the match search simultaneously.

You may have to try again several times to find them, but many have managed to organize 2vs2 matches this way. I advise you to try if you want to play with friends.

As for the other possibilities in terms of co-op, in FIFA Ultimate Team you could think of play Division Rivals with two.

In this case simply connect a second command, enter the waiting room party and press the button add a guest (for example, triangle in PS4).

One of the most interesting modes for 2vs2 (I always mean "unknown" teams) is Soccer Volta. In fact, by selecting the Volta championship (these are online games), you can add a guest in the match waiting room

The method is the same as in Division Rivals: connect a second pad and press the key for add guest.

In this case I found a very interesting option. In fact, going to the pairing settings, you find the article Visitantes, which allows you to choose what type of teams to face.

It may interest you:  Remove Omiga Plus

You can set some specific filters to increase your chances of finding the other team made up of people you know.