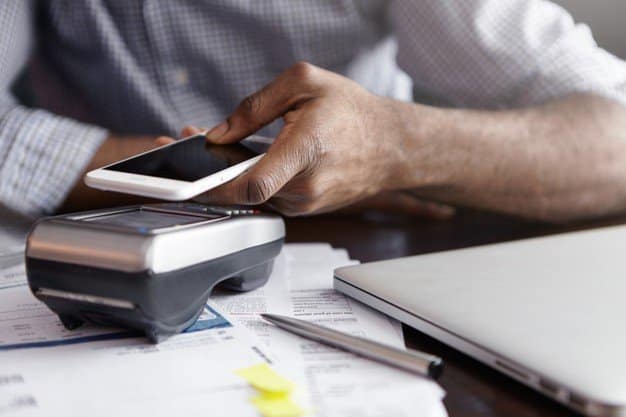 How to activate NFC en iPhone. You have a iPhone, Apple's popular smartphone, and you have learned to master many of its features. However, there is one that simply eludes you, but might actually be useful in some situations: it's the NFC, that chip that you have heard so much about in the field of electronic payments but that you seem to understand can also be used to carry out other operations. Well, if that's the case and you want to know more about the iPhone's compatibility with the technology NFC, I'd say you don't have to worry as you've come to the right place!

In fact, in today's tutorial I will explain how to activate NFC on iPhone. In case you were wondering, I will analyze this chip in detail, illustrating what activities it can be useful for and indicating the procedure to activate it on your smartphone.

I also won't stop providing you with all the case details on how you can actually use it, once enabled on your iPhone. In summary, I am going to analyze the subject in 360 degrees.

How to activate NFC on iPhone step by step

Before going into the details of the procedure in how to activate NFC on iPhone, I think you may be interested in learning more about this technology.

It is a standard that provides close data exchange, generally maximum 4 centimeters, between one device and another. All this without using cables and safely.

Don't be fooled, we are not talking about technology that is used in the same way as Bluetooth. They are two different things.

In fact, with "data exchange", in this case we usually refer to information related to electronic payments. This is also the reason why communication is limited to a very close distance, so as not to allow other people to misuse your NFC chip.

In other words, the main use made of NFC is related to payments through POS (that payment device that is usually found in commercial activities).

NFC can also be used to locate nearby objects, using stickers or special labels in which the NFC chip is present, or to activate automation configured on the phone (through the application iOS commands).

NFC can also be used to exchange files, such as photos, videos and documents, but generally this is not its ideal use, as the maximum connection speed reaches 424 kbits per second (Bluetooth is better from this point of view). With that said, let's move on.

It may interest you:  android navigator

The NFC standard is physically implemented via a chip inside the body of the mobile phone. However, not all Apple models support NFC and therefore it is good to go see the models in which this technology is available and how.

In fact, you should know that Apple has implemented the NFC chip in all models of iPhone with Face ID and in all those with touch id (excluding iPhone 5s). In short, we can say that this technology is compatible from iPhone SE, iPhone 6 and laterBut there are some distinctions to be made.

Going into more details, all the iPhone models mentioned above can use NFC as a payment system (with Apple Pay), while only iPhone 7 And later I'm capable of read and write via NFC and then use NFC tags to activate automation or carry out other operations.

iPhone XS / XR and later also have  NFC tags in the background, which means that you can read NFC tags without using third-party applications, simply by holding the mobile phone close to a tag.

How to activate NFC on iPhone

One of the most common doubts about the use of NFC on the iPhone is related to its activation. In fact, at the system level, there is no option called «NFC», as is the case in the world. Android.

This is due to the simple fact that the iPhone's NFC chip it is activated only when it is going to be used. Simply put, it "turns off" on its own when you stop exploiting it.

The only thing you need to do, in case you want to use NFC for payments, is to set at least one valid credit, debit or prepaid card and in the Wallet from iOS, thus adding it to the Apple Pay payment system.

Once informed about the cards compatible with the service, open the application Wallet, the wallet icon that you should find on your mobile phone home screen, and tap on the icon +.

At this point, enter the Apple ID password> Next > Frame the card you want to add with the camera (the numbers are "pulled" from the device automatically).

In case it is not detected, you can think about Enter your card details and write them manually.

Then touch Confirm, enter the CVV (the 3-digit security code, usually found on the back of the card) and tap again Confirm.

It may interest you:  How to forward SMS with iPhone

Wait, therefore, for the system to check card compatibility (you will be warned if it is not supported) and click I agree, reading the terms and Conditions related to the Apple Pay service.

Perfect, now the system will detect the card and propose a method to Verify that you are the owner.

Generally, verification occurs when choosing whether to receive a unique code via SMS o Email.

Once you have selected the method, tap Confirm, write the Confirmation code you received and press again on Confirm.

In some cases, the bank sends confirmation messages to notify the successful association with Apple Pay.

For example, in my case, Unicredit wrote me: Your card is now paired with Apple Pay. Pay where the contactless symbol or Apple Pay logo is present ».

How to use NFC

Once you have done the initial setup and verified that the NFC turns off On its own, let's see how to actually use this solution for both payments and NFC tag usage.

Remember that merchants that allow you to use Apple Pay as a payment system often display the contactless payment symbol or directly from Apple pay.

The easiest way to use NFC is to go through Apple Pay, using the card connected to this system.

If you have a iPhone with Face ID, you have to «Turn off the screen and use 2 times the physical button on the side mobile phone.

At this point, to authorize the payment, just look at the iPhone and do it recognize your face

If you have a device with touch id, you just need it "Turn off" the screen (pressing the power button once) and use 2 times the start button physical.

In this way, you will see the paper that you have previously configured and only use your Fingerprint to enable this function.

After authenticating with Face ID or Touch ID, you must move the iPhone closer to the playerholding the top of mobile phone a few inches from contactless reader. If everything has been done correctly, you should see the writing appear on the screen end.

Perfect, you have now successfully learned how to use Apple Pay, using your iPhone to pay via NFC technology.

It may interest you:  How to return to the previous version of an application

It was not that difficult!

As mentioned earlier, NFC is a technology that is also used to data transfer in general. However, unlike Bluetooth, it is not usually used for the exchange between one smartphone and another, but between a NFC tag and the iPhone.

In case you didn't know, an NFC tag is a kind of "electronic tag", customizable and normally circular, which can be placed in various contexts to ensure that people can access certain information simply by zooming in to iPhone.

An NFC tag should not be fed, since it is the "passive" part of the system. Here are some concrete examples of how this feature is exploited.

If you have a iPhone XS / XR or higher, all you need to do to read an NFC tag is bring the mobile phone closer to the label circular, remembering that normally the allowed distance reaches 4 centimeters.

Clearly, the iPhone should not be blocked.

As for the more "outdated" iPhones, from iPhone 7 onwards (iPhone SE and iPhone 6 are limited to Apple Pay), you may need to use a third-party application.

For example, one of the most popular is NFC Reader & Scanner. These apps are generally very easy to use - just launch them and press the button to start the “scan”.